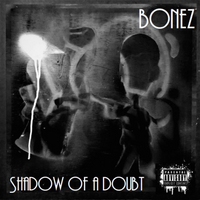 From the recording Shadow Of A Doubt


VERSE 1:
When I was little i fell of the top bunk - it’s true/
and it might have something to do/
with why a couple of screws loose/
shorted out a circuit, maybe blew out a fuse too/
I put a beat under my pillow like it’s a loose tooth/
and murder-he-wrote, verses too raw for the youth group/
I’m known for getting on the mic and dropping a huge deuce/
if mumble rappers wanna battle spittin’ that poo-poo/
I’ll slay these fake gladiators, Wesley ‘Two Scoops’/
I don’t just claim to rap better, I brought proof dude/
you make dance records, I make music they move to/
you don’t make any sense homie, you’re talking some voodoo/
you’re a crime against Hiphop, but we’re not gonna sue you/
they all look and sound alike, man - I don’t know who’s who/
and it’s not just cuz I’m getting old and I’m going cuckoo/
we’ll run a train on your girl hollerin’ ‘Choo-Choo!!’/
then upload so everyone can watch it on YouTube/


VERSE 2:
I used to get drunk for all the wrong reasons/
and get excited over basketball season/
but then I wanted more of my nights to involve reading/
and felt like if I’m not studying - I’m not breathing/
like Karen if she can’t call the cops on brown people/
yo - it’s just rap music, but you think it sounds evil/
and sometimes you’re ‘right’ … like freedom of speech/
but we trying to stop the violence, and clean up these streets/
but your snow flaking isn’t helping out the situation/
there’s money enough for war, but not for education?/
you knocked me down - yeah, but you’re gonna need more to stop me/
and shout out to my homeboy Sino Kadafi/
I hope you realize your dreams bro, life is a blessing/
I hope these bars give you strength on the nights that you’re stressin’/
and for anyone still listening - I thank you for your time/
man - y’all just gave me the inspiration to go create another rhyme/
because… because… because…


(from ‘The Killing Joke’)
BATMAN:
“I don’t know what it was that bent your life out of shape,
but maybe - I’ve been there too.
Let me help you.